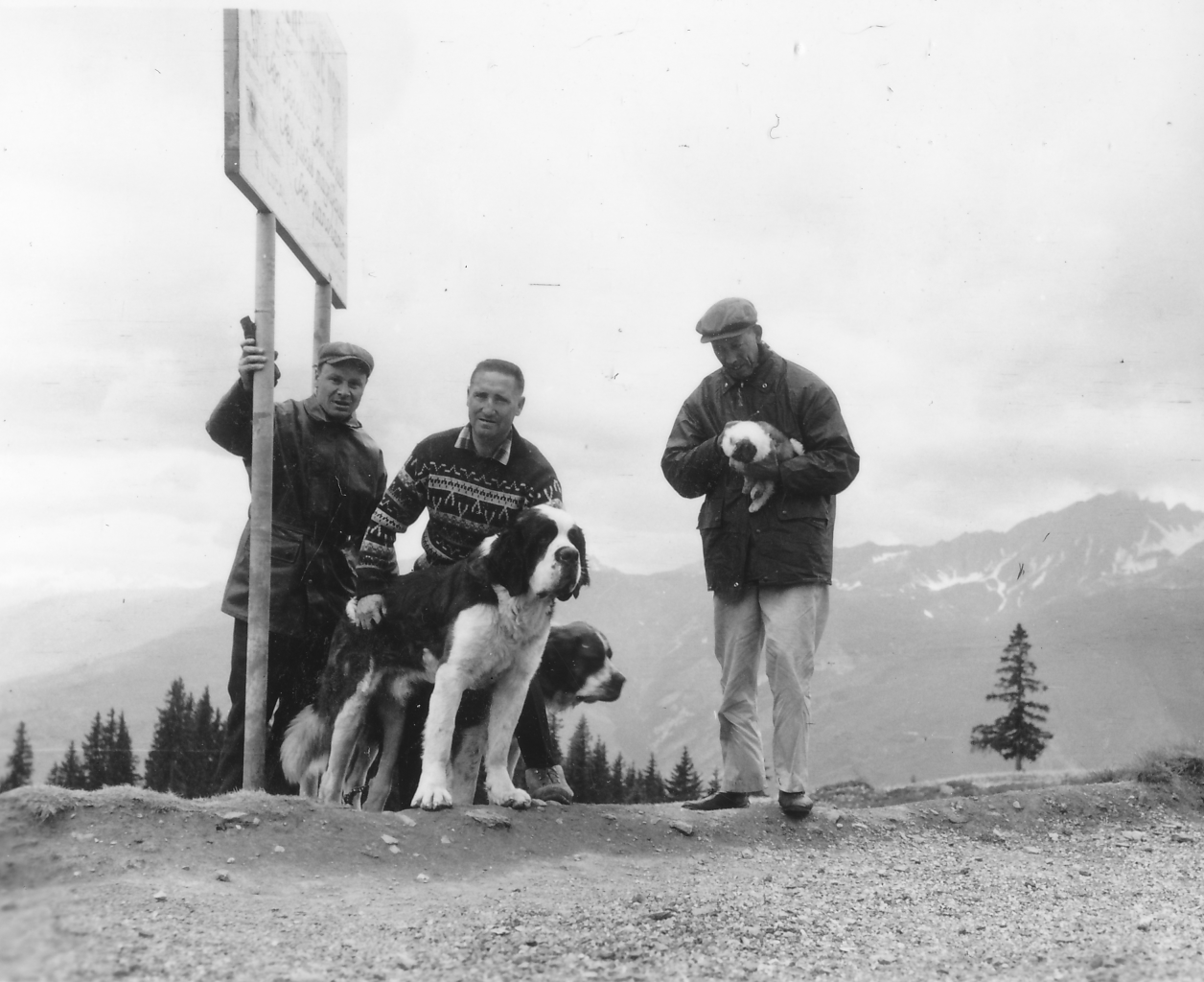 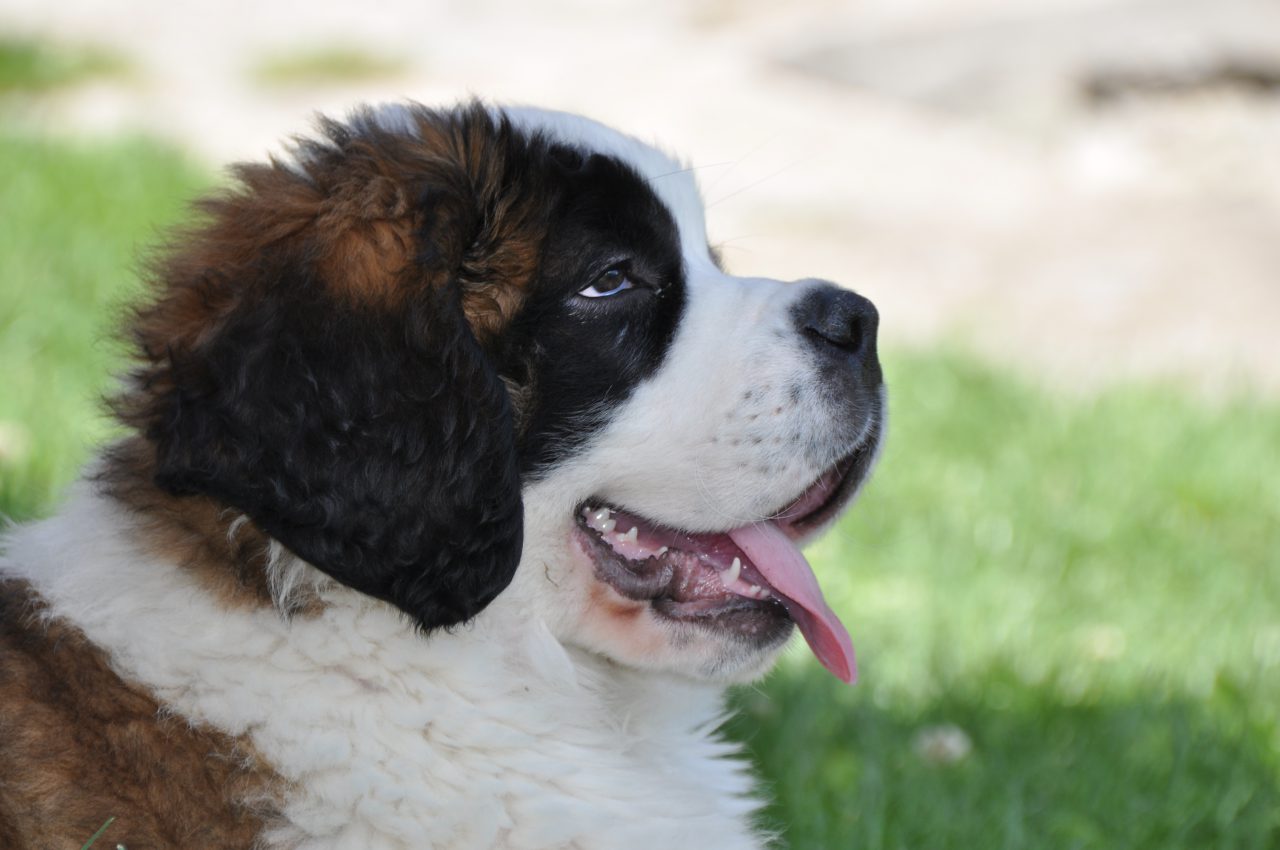 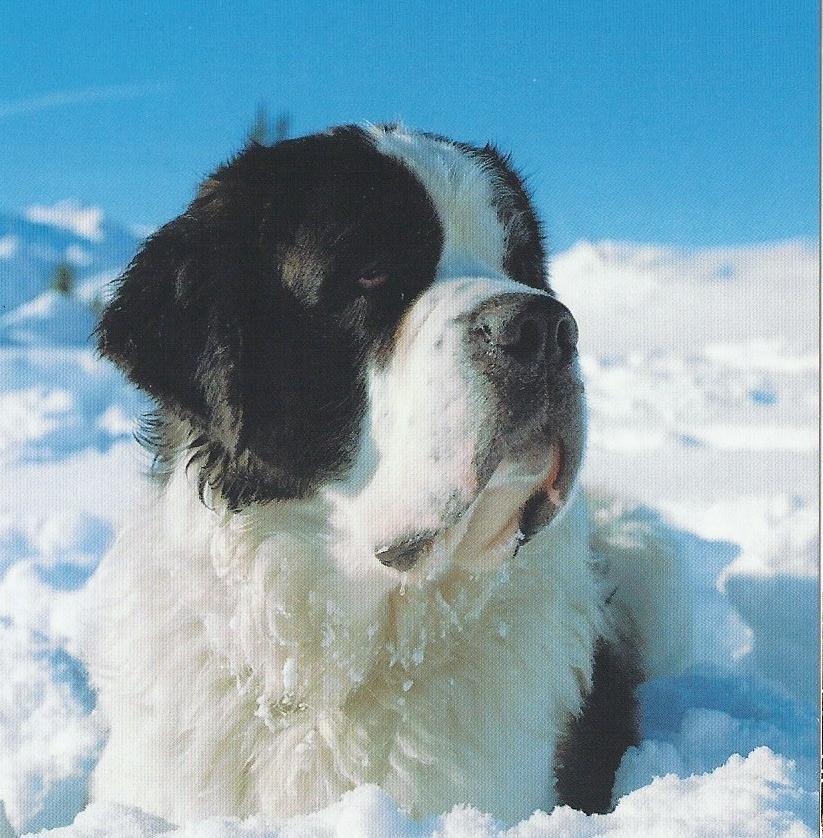 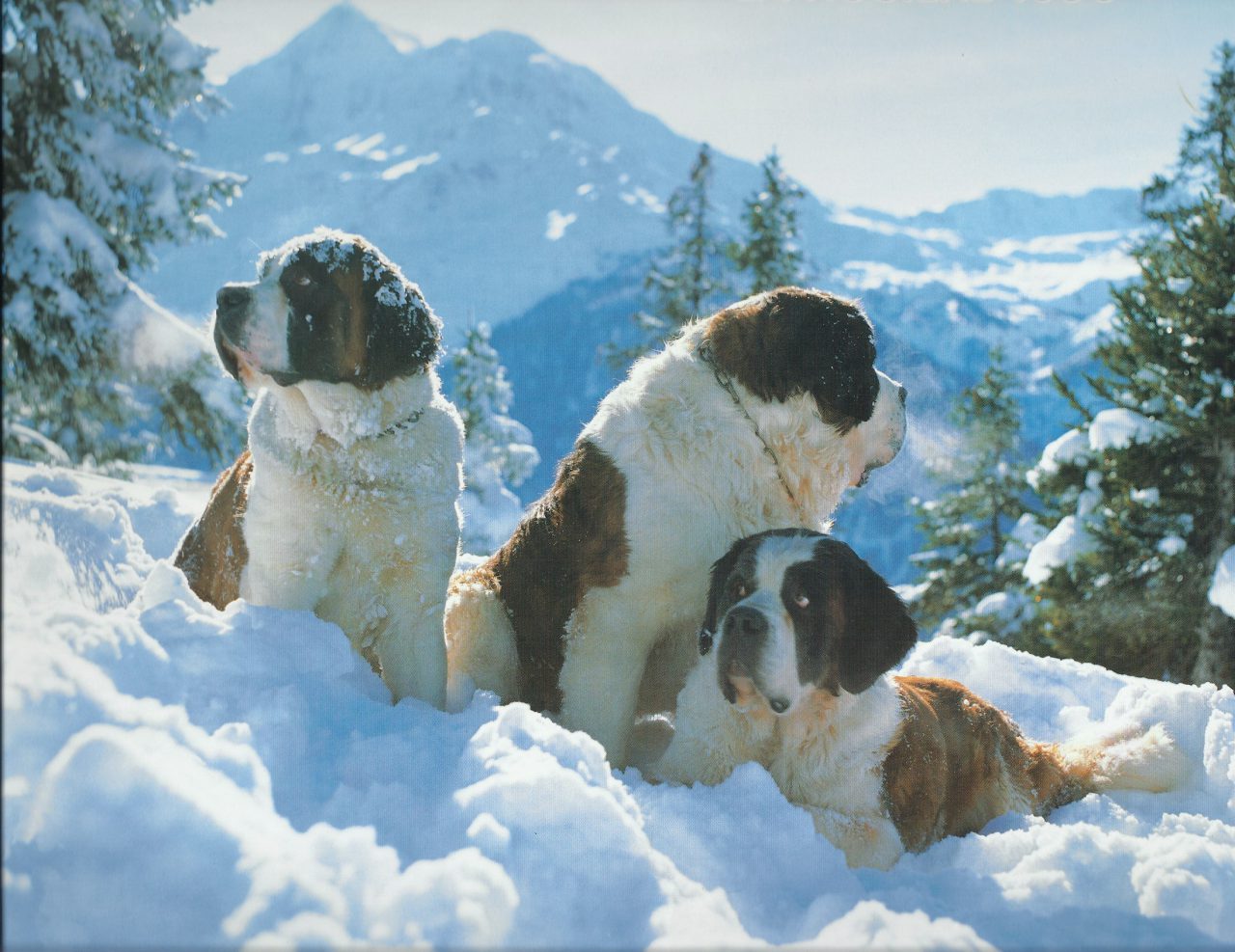 Love, Tenderness and Loyalty until the ultimate sacrifice

The Saint Bernard dog has a fantastic history regarding its affection, intelligence and loyalty towards mankind.

Their origins go back to the dawn of time. It is without doubt a race that originates from Asia, probably a descendent of the Tibetan Mastiff. One of the oldest known records dates back to 2,500 years ago, with St Bernard dog being depicted on Assyrian wall etchings. As a result of several wars and commercial trading, these dogs were eventually brought to Europe. During the Roman conquest, they were included in the army, with their very own battle dress. Even Henry VIII of England had 500 dogs equipped with studded collars and used them in a battle against Charles QUINT. In the 17th Century, certain Suisse families gave the monks the short haired breed of the St Bernard as guard dogs. The St Bernard dogs quickly became known as the companions of the monks in the hospices of both the « Grand and Petit Saint Bernard » Passes. Most notably, the dog « Ruitor » was known as the loyal friend of Rector Chanoux at the « Petit St Bernard » Hospice.

Hard working, affectionate and blessed with a remarkable way with people, the St Bernard dogs were trained by the monks in 1750 as rescue dogs to help travelers that were in danger. At this time in history, the pilgrim’s pathway through the mountains was long and full of pitfalls; storms and snow were ever present in this isolated environment; with averages of 10 metres of snow and temperatures of approximately 0.5°c, from November to June of each year. The monks, often accompanied by the dogs, would go in search of the travelers and pilgrims. Gifted with large paws, the dogs could make a path through the fresh snow and with the help of their strong shoulders and natural instinct, they were able to find the people buried under the snow. The wooden barrel attached to their collar, filled with brandy, gave the lost pilgrim the courage to continue their journey towards the hospice.

In 1820, the St Bernard breed was threatened with extinction, with only a single couple remaining at the Grand Bernard Pass Hospice. In 1857 Henry Shumacher attempted to cross the St Bernard breed with a Newfoundland. As a result the long haired St Bernard was born. It was only in 1862, during the World Fair in Birmingham, that these dogs were given their official name « St Bernard », beforehand they were known as Alpine Mastiff, Barry Dogs or Convent Dogs. The St Bernard dogs were also companions for the Mountain Infantry, harnessed to a sledge, they were used to pull supplies up to the mountain fortresses; the monks also used the dogs in the same manner. Finally with the destruction of the Petit Saint Bernard hospice during the last war, came the end of an era for the dogs of the Petit Saint Bernard pass.

However in 1960 an enthusiast of the St Bernard dogs, Mr Charles Clément, attempted to settle in the Petit St Bernard Pass with his five dogs but the dilapidated state of the buildings made this impossible. Just a few kilometers from the pass, at the Relais du Petit St Bernard in La Rosière, Mr and Mrs Jean Arpin agreed to start a breeding farm. The breeding farm did well and a number of dogs that were reared there won prestigious dog show prizes:

The legend of Barry and the 40 rescues

As soon as the fog appeared or the snow began to fall, one could see that he would begin to become restless in his kennel; barking and asking to be let out in search of the lost travelers. Barry, who earned the nickname « God’s dog », had a very personal way of saving people. He would dig through the snow furiously with his large paws, whilst barking loudly in order to draw the attention of the rescue teams. Once he had managed to resuscitate the person, who was often unconscious, he would lick their face and turn them over and over again with powerful pushes of the head. If all of these things didn’t work, the dog would sit carefully on the chest of the person in order to keep them warm, taking care not to smother them. Without delay, he would then start to bark in a special way that the monks understood and were not mistaken as to the message he was telling them.

One day the monks saw Barry arriving with a young boy on his back. Not only had he dug the boy from the snow and resuscitated him, but he had had the good idea of lying down on his side so that the boy could climb up on his back.

Barry died in 1814 in tragic circumstances. At the time, the deserters of Napoleon’s army often crossed the mountain passes. One of these deserters was taken by surprise by a storm not far from the monastery and was buried under the heavy snow. Barry found him and dug him out of the snow. He then sat carefully on him so as to warm him up. The man slowly came to his senses and thought that Barry was a wolf. He reached for his sword plunged it straight through poor Barry.

In this way Barry died on his own snowy battle ground…

Nowadays, the Association « Barry’s friends », exists in order to support the small breeding farm in La Rosière, so as to continue the St Bernard breed and to educate the public about them.

The Montvalezan council, people’s kind donations and the association members’ fees all contribute to the financial funding of the association. This includes daily walks for the dogs with a carer, any treatments required and food.

The dogs are taken on walks two or three times per day, between 30 minutes to an hour. 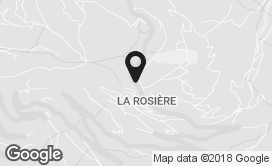 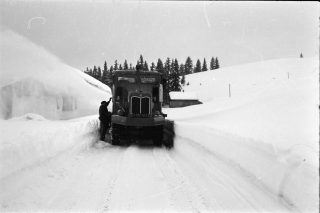